What happens when you take a group of fugitive mutineers and their Polynesian companions and place them on a tiny island in the middle of the South Pacific Ocean, far from the authorities, for a couple of hundred years? The only way onto the island is by ship, and sometimes the conditions are so dangerous that travellers are unable to land. This is the story of the 50 descendants of Fletcher Christian and his band of mutineers who set Captain William Bligh adrift from the Bounty in 1789 and then made their way to the isolated refuge of Pitcairn Island.

In 1789, when first mate Fletcher Christian led a mutiny against Captain Bligh he set him adrift from the Bounty near Tonga, leaving Bligh and his loyal followers to fend for themselves in the wide unchartered waters of the South Pacific Ocean. (Bligh somehow found his way to Timor and later became the Governor of the new penal colony of NSW in 1805.)

Meanwhile the mutineers returned to Tahiti and from there, nine of them, with their Tahitian companions, left to scour the ocean for a safe haven far away from the prying eyes of the British Navy. They eventually settled on the small, rocky island of Pitcairn, a speck in the ocean that lies between Tahiti and Easter Island, on 23 January, 1790.

When an American whaler discovered the island in 1808, eight of the nine mutineers had already died, either by murder, suicide or disease. However, the population continued to grow and by the 1850s it was straining Pitcairn’s resources. In 1856, 194 people were moved to Norfolk Island, over 4,000 kms to the east, but within five years six of the families returned to Pitcairn to live.

Today about 50 people live on Pitcairn Island, most of whom are direct descendants of those six families. They continue to live the same simple, secluded lives of their forebears. The only way to visit the island is by ship, but dangerous conditions sometimes prevent landings. At the time this film was made, communication with the outside world was limited to radio and the visit by supply ships three times a year. The islanders support themselves by producing postage stamps and making handicrafts, which they sell to visitors from the ever-dwindling supply of passing ships. 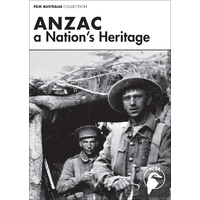 Asian Insight: Japan - The Bamboo Bends and Does