Girls to The Front: Sophie Hyde

ANIMALS + Q&A
​FRI 21 FEB @ 6PM | Arc Cinema | $12/$10
2019 | MA | 109 mins | DCP | Australia | D: Sophie Hyde
​Laura and Tyler are soulmates. Thirty-something best friends and revellers residing in Dublin, they are ingrained in the fabric of each other's lives: dating, drinking and living their life without limitations. Ineveitably though, circumstances change, priorities shift and the two find themselves, willing or not, on deviating paths.
At once both a celebration of female friendships and an examination of the choices we make when facing a crossraods, Animals is an honest, funny, edgy, unconventional ans bittersweet snapshot of modern women.
Join us after the screening for a Q&A with the director, Sophie Hyde.
'It's a tribute to [director] Sophie Hyde's work that these two gals, with tinkling white wine glasses and cackling laughter, become fully engaging women on screen' - Paul Bynes, Sydney Morning Herald
'Buoyed by [Emma Jane] Unsworth's oftern-snappy dialogue, it's a film that exudes genuine warmth, even as it grapples with the realities of growing up and growing apart, and the ugly anxieties that come with being a modern, middle-class woman no longer in her twenties' - Keva York, ABC News Australia
'The film is a very watchable study of two women as they begin to realise the second F in BFF is an impossible promise' - David Bradley, The Adelaide Review 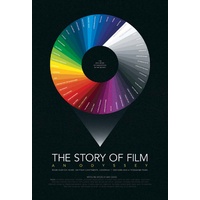