AIMLESS BULLET (OBALTAN)
​FRI 8 MAY @ 6PM | Arc Cinema | $12/$10
1961 | TBC | 110 mins | DCP | Korea | D: Yu Hyun-mok
Aimless Bullet, Yu Hyun-mok's most acclaimed film, was born as the window of democray was opening in impoverished, post-civil war South Korea, and before Park Chung-hee's dictatorship slammed the window shut in 1961.
The film portrays South Korea in the microcosmic form of an impoverished family. Like Yu who was born in the northern province of Hwanghae, the family are cut off from their ancestral home by the division of the penninsula which was a by-product of the Korean War (1950 - 53). Chol-ho is an honest and poorly paid public accountant who not only struggles to support his pregnant wife and daughter but lives with his extended clan. Chol-ho's brother Yong-ho is an angry and rebellious war veteran who feels abandoned by the freedom for which he fought.
To make ends meet, their sister Myong-suk fraternises with the new occupiers - the American soldiers - much to the shame of both her brother. In a society that treasures the worth of education, the very youngest brother drops out of high school to sell newspapers on the street. Their bedridden mother is unhinged by the trauma and her frequent refrain of 'Let's get out of here' served only to remind the other family members that there is nowhere to go.
Yu was a dedicated Christian. His later films, Martyr (Sungyoja 1965) and Son of Man (Salamui Adeul, 1980) directly explore issues of faith, but Aimless Bullet offers mere flashes of Christian imagery such as marhcing citizens carrying placards about Jesus during the film's noir-ish bank robbery. However, Yu doesn't minimise the postwar trauma of living in an impoverished environment with pat spiritual philosophy. After playing with neo-realism, expressionism, melodrama, theatricality and noir, the film's final images border on the abstract. Yu's narrative leaves the audience to reflect on its own choices on what to believe in, and what to do next.
The shoot when on for over a year. According to an 1999 interview with the director, Yu and most of the crew worked for minimum wage and sometimes for free. 'As we got money, we would get some rolls of film and shoot for a couple of days and stop for a while until the money came in.' The financial difficulties and the resultant extended breaks between burst of shooting account for stylistic differences within the film.
There was also the added interruption of a popular student uprising which was partially welcomed as Yu explained: 'the resulting freedom of expression was applied in a broader sense making possible for the film to be more charged with social issues. At any rate it was a hard labour giving birth to that film.' Unfortunately, those freedoms proved short-lived as censorship laws introduced by the new goverment created an atmosphere more repressive than when Yu started shooting. As a result, Aimless Bullet had a limited release in Seoul only, but amongst those who flocked to the limited screenings, the repsonse to Aimless Bullet was passionate.
Notes by Russell Edwards 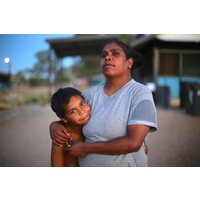