SEQUIN IN A BLUE ROOM
​SAT 28 MAR @ 2PM | Arc Cinema | $12/$10
2019 | M | 120 mins | DCP | Australia | D: Samuel Van Grinsven
​After a chance encounter at an anonymous sex party, a 16-year-old boy hunts the mystery man using a hook-up app. Favouring the instant gratification of anonymous, no-strings sexual enounters over meaningful relationships, high schooler Sequin is part of the always logged-on, but never-engaged, hook-up generation.
He ghosts ex-partners and remains emotionally unavailable. That's until he finds his way to an anonymous sex party, where a whole new dizzyingly alluring world unfolds before him. When Sequin connects with a mysterious stranger, and they are separated suddenly, he sets off on an exhilarating and perilous mission to track him down.
Co-written by Jory Anast and Samuel Van Grinsven, Sequin in a Blue Room is a highly accomplished queer coming-of-age tale and a breath of fresh air in the Australian independent film scene. 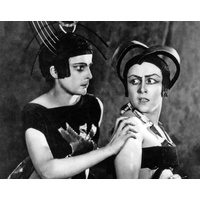