Continuing our series of interactive, ‘out loud’ screenings. Some films deserve hushed reverence and quiet contemplation... these are not those films.

We are celebrating Clueless with an out loud quote-along! 25 years since its release, and we are still totally butt crazy in love with Josh (Paul Rudd), ready to call out Tai for being way harsh, and already singing ‘Rollin’ with the Homies’ in our head.

Come join us as we quote along with every AS IF! and WHATEVER!

If you’ve been coming to Arc Out Loud sporadically, this is one you don’t want to miss.  You’d be like, totally buggin’.

‘With a huge impact on popular culture thanks to its fashion, performances, and stand-out soundtrack, Clueless is far smarter and wittier in its commentary on gender and class than its title would have you think’ – The Afternoon Show 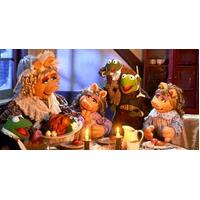