EMOTION (THAT DRACAULA WE ONCE KNEW) | JFF CLASSICS 2020

Opening with a dedication to Roger Vadim's Blood and Roses, Emotion intersperses slow-motion cuts and colour filters with voice-overs featuring selective English translations by Japanese film scholar Donald Richie, offering a topsy-turvy slice of nostalgia-tinted youth. The dreamlike world of this experimental short film from the late Nobuhiko Ōbayashi depicts a young girl named Emi who moves from her seaside home to the city. There, she befriends a girl named Sari, and the two enjoy sun-kissed, youthful days together until both Emi and Sari fall in love with the same man, leading one to turn her jealous desire toward an enigmatic vampire played by Ōbayashi himself.

But for this surreal short film, the plot takes a back seat to a cross-genre hotchpotch of cinematic styles and techniques in mesmerising succession. From a vampire drinking blood out of a straw to John Wayne-style shootouts, Emotion showcases Ōbayashi’s avant-garde techniques and a whimsical style that would later capture the hearts of horror fans with his cult hit House. 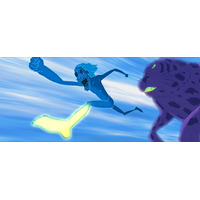 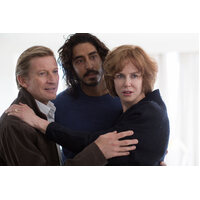