THE ADVENTURES OF PRINCE ACHMED

For the eighth edition of the KinoKonzert series, the Goethe-Institut presents Lotte Reiniger’s 1926 masterpiece The Adventures of Prince Achmed with an original score by American-Australian jazz composer Phillip Johnston.

The Adventures of Prince Achmed is the oldest surviving animated feature film. Long before Walt Disney, Lotte Reiniger created sophisticated animations, but despite her ground-breaking pioneer work the German artist rarely got the recognition she deserved.

Over the decades, mainstream media gradually acknowledged her work more and more. In 2016 a Google Doodle summed up her life in 90 seconds, accompanied by a substantial article in the Guardian. And in 2019 the New York Times ran a piece to give her some of the (posthumous) credit she deserves as part of an editorial series poignantly titled Overlooked.

“Reiniger’s editing was meticulous. She and her crew used over 100,000 frames in the film.” the Times said. “She cut each limb of each figure out of black cardboard and thin lead, then joined them together with wire hinges. For research, she spent hours at the Zoo in Berlin, watching how the animals moved.” The process was so laborious it took five years for her to complete the film.

In addition to her artistic creativity, Lotte Reiniger was also an innovator on a technical level: she created an early version of the multiplane camera and a so-called Tricktisch (trick table) to add unexplored depth, movement and complexity to the otherwise two-dimensional silhouettes.

For the KinoKonzert series, this cinematic gem will be accompanied by an equally as detailed original score by US-born, now Sydney-based composer Phillip Johnston and his quartet.

The Guardian writes about the combination: ”While Johnston and Reiniger’s compositions are each complex in their own ways, they come together simply and beautifully, stripping animation back to its abstract qualities of light, shadow, image and sound.”

Johnston’s band features some of the most well-known names of Sydney’s jazz scene: his saxophone is accompanied by James Greening on the trombone and Alister Spence and Casey Golden on electric keyboards.

In partnership with Goethe-Institut Australia. 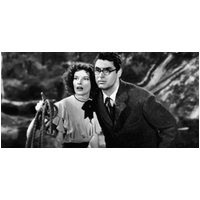 CINECLUB | THE STORY OF FILM: THE ARRIVAL OF SOUND 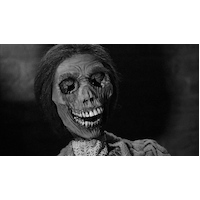