MEET ME IN ST LOUIS

This classic MGM musical comedy stars Judy Garland as one of four sisters living in St Louis as it prepares for the 1904 World’s Fair. Under their father’s strict rule, the Smith girls yearn for freedom, taking it upon themselves to obtain the lives and loves they want while dealing with younger sister Tootie’s antics. This Technicolor vision – shown here on 35mm film - of turn-of-the-century Americana introduced the standards ‘Have Yourself a Merry Little Christmas’ and ‘The Trolley Song’, cementing its place in pop culture history.

With a short introduction by Program Manager Karina Libbey.

‘An unmissable big-screen experience’ – The Guardian

‘One of the first films to integrate musical numbers into the plot it explores, without condescension or simplemindedness, the feelings that drive the family members apart and then bring them back together again’ – Chicago Reader 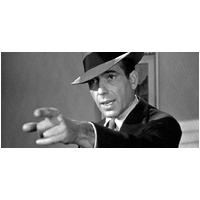