Alfred Hitchcock’s Oscar-nominated masterpiece was a hit with audiences when it first premiered in 1960 and remains to this day one of the most memorable films, forever famous for that shower scene.

Loosely based on the novel by Robert Bloch and inspired by serial killer Ed Gein, Psycho is ultimately a film of two halves. It’s one-part morality tale, the other part a classic whodunnit, created by the master of suspense.

Prior to 1960, films usually ran in cinemas on a continuous loop, and patrons entered the screening whenever they arrived. Psycho changed all that. Not wanting his audience to miss the shocking twist, Hitchcock decreed to theatres that patrons had to arrive for the start of the film - no late admissions or telling your friends what happens! Now it’s hard to imagine walking into a film at a random time, but we can thank Psycho for changing how we experience cinema today.

‘What makes Psycho immortal, when so many films are already half-forgotten as we leave the theatre, is that it connects directly with our fears’ - Roger Ebert 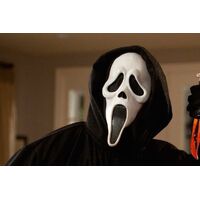