This award-winning black and white film was designed to show how the Anindilyakwa people of Groote Eylandt in the Gulf of Carpentaria adjusted to a new way of life brought about by the discovery of manganese on their land.

The writer/director described the film as “a fragmented collage of images and sounds, intended to produce a direct emotional response” and “a study of a complete cultural revolution in less than a generation”.

Produced by the Commonwealth Film Unit for the Department of the Interior. © 2011 National Film and Sound Archive of Australia. 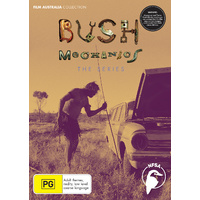