In this interview, Ray Whitrod looks back over a long and distinguished career in the police force, giving a fascinating insight into police culture.

Ray Whitrod came to national prominence when he resigned as Queensland’s Commissioner of Police as a protest against corruption. It was a very public stand which enhanced his reputation as an officer of unusual integrity, dedicated to improving standards and lifting the level of education within the force.

Born in Adelaide in 1915, his memories of childhood are marked by his family’s poverty - always leaving the table hungry, embarrassed at school by his cast-off clothes. Like many others during the Depression, he took a swag to the country looking for any job he could get - a time he describes as his lowest point.

Things changed when he met Mavis, seven years his senior and a teacher. She gave him a much-needed boost in confidence and her parents encouraged him to apply for the police force, where he was immediately made a detective due to his high school education.

With the advent of World War Two, Ray joined the RAAF as a navigator. He had a hard-time readjusting to family life after four intense years of fighting, but by the late 1940s, with the Cold War at its peak, Ray had settled down in a new role, helping to set up the Australian Security Intelligence Organisation (ASIO). Other appointments included head of the Commonwealth Investigation Service, which he helped transform into the Federal Police, and Police Commissioner in New Guinea, before he accepted the controversial Queensland posting in 1970.

His reform efforts met with strong opposition, both from within the force and the Queensland Government. Finally, in 1976, he quit in outrage after Premier Joh Bjelke-Petersen insisted on promoting officers who were known to be corrupt. The resulting public controversy eventually led to the infamous Fitzgerald Inquiry.

"I think we’re born into an imperfect world with a responsibility for making it perfect," says Ray. It’s the philosophy he lives by, even in retirement. 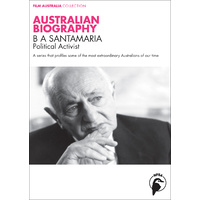 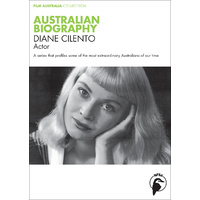