Born in Melbourne in 1929, Sister Veronica Brady became one of the first Australian nuns to teach in a university, broadcast on radio or join in socio-political debate. After teaching at Loreto Convent in Kirribilli, NSW, she moved to the University of Western Australia in 1972, becoming an Associate Professor in 1991.

Veronica has spoken out publicly against the Vatican stance on abortion, homosexuality and contraception, and has been involved in the Aboriginal rights movement and the anti-uranium mining lobby. She also supports the ordination of female priests in the Catholic Church.

She is the author of several books including The Future People, The Mystics and Crucible of Prophets. 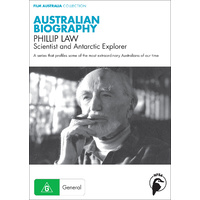