This is a story of coal, communism, and the Australian prime minister who went to war against his own during the national coalminers’ strike of 1949.

Using rare archival footage and re-creations based on meticulous research, the dramatised documentary takes viewers into the corridors of power to show how Labor Party leader Ben Chifley took on and defeated the miners’ federation Communist Party leadership.

The film examines the complex issues that the conflict raised and introduces the major players in the dispute, including Attorney-General Evatt, Immigration Minister Arthur Calwell, Chifley’s “spin doctor” Lloyd Ross and his brother Edgar Ross, a Communist Party organiser and driving force behind the strike. It portrays an era of Australian history rarely seen on screen.

A former train driver from Bathurst, Chifley was a working-class hero, a Labor Party icon and “man of the people”. But his actions flew in the face of Labor values and tradition, in what he believed was the interests of post-war Australia. Chifley introduced draconian laws to prevent unions accessing funds to support the strike and sent in the army to replace striking miners—so defeating the Communist Party leadership that controlled the union. It was a battle he was determined to fight and win in the interests of the nation, despite knowing it would probably cost him government. 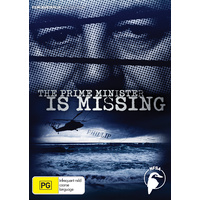