Mystique of the Pearl looks at the future of one of nature’s most beautiful creations and the animal that produces it.

Few fashion trends have endured like pearls. For centuries, humans puzzled over the mystery of how one of nature's most lowly creatures - the oyster - could produce perhaps the most beautiful and perfect of nature's creations. Mystique of the Pearl tells the intriguing story of how the oyster's secret was discovered - from the early success of the Chinese who learnt how to grow pearly Buddhas within a mussel's shell, to the breakthrough pearl-culturing experiments of Kokichi Mikimoto at the turn of the 20th century, and the sophisticated aquaculture techniques of today's pearl producers.

Mystique of the Pearl reveals how these lustrous, sensual gems are produced in a mysterious collusion between man and nature and also questions the future of the pearl and the animal that produces it. Dependent on pristine marine environments, will this delicate creature survive the increasing pollution of the world's waterways? Will artificial breeding techniques, large-scale hatcheries and even genetic engineering replace the age-old method of capturing oysters in the wild? And will humans still continue to be captivated by the mystique of the pearl?

A Film Australia National Interest Program in association with NOVA/WGBH Boston and the Australian Broadcasting Corporation. © 2011 National Film and Sound Archive of Australia. 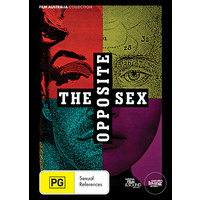