This film deals with the concerns of  the Yirrkala Aboriginal community during the tumultuous years when the Nabalco bauxite mine first came to the Gove Peninsula.

Daymbalipu Mununggurr was one of the most respected and influential leaders of the Yirrkala Aboriginal community. In particular the film shows the quiet but strong way he communicated with the people who came to the area as a result of the mining project.

The film is made up of four discrete sequences shot in 1971 and 1974. In the first, Daymbalipu confronts some tourists who come to his beach without permission. In the second sequence, through a long interview, Daymbalipu voices his concerns for the future. The third segment shows him as the Aboriginal representative at a Liaison Committee meeting held between representatives of the mission, the mine, the police and welfare. In the final sequence he accompanies a group on a tour of one of the early mine regeneration sites. There has been no consultation with the Aboriginal community about the project; they don’t want introduced species to be planted—the land should be restored to the way it was. 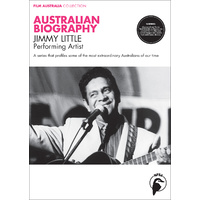