This six part series examines the plight and welfare of Australians and compares us to other nations. Shot in the UK, USA, Sweden, Russia, Uruguay and Peru, this ambitious project examines the notion of “a fair go for all”. Why does one of the richest western countries still have one in five children living in poverty? Australia was once the leader in social welfare but can we still afford it? At the time of high national debt we spend 22% of the annual budget on welfare, but how do we fare with other countries? This series investigates these and other questions.

Growing Divide, The Looks at the two million people in poverty in Australia. We rank lowest of the 20 industrial nations when it comes to welfare spending. How effective is Thatcher’s notorious Poll Tax, or the USA’s trickle-down effect in raising revenue or effecting economic redistribution there?

Net Full of Holes, A Looks at the history of the Australian Welfare System, from the innovations at the turn of the 20th century to the Henderson Report. It includes the promise of the minimum wage legislation (The Harvest Judgment), re-evaluated in the light of the prosperity of the 1960s, and the Whitlam reformist government of the 1970s.

Sorry State, The Asks why the welfare state failed to work and asks how the besuited men of the past planned for today. In Britain, homelessness has doubled since 1974, but housing alone is not necessarily the answer. Housing may not overcome demoralisation and poverty; in fact, it may lead to segregation and isolation. We look at some hideously run-down housing estates, high-rise towers and alternatives such as Sweden’s income-mixed housing. The Australian suburban solution is also explored.

Kindness of Strangers, The Looks at charities and how they are active in both capitalist and communist countries. Sometimes the emotional response of the charities is more humane and effective than the dead hand of the welfare clerk. We look at the Pied Piper Committee in Sydney, the Brotherhood of Saint Laurence in Melbourne, volunteer AIDS Community Support Network and the charity organisations of Russia.

Battlers or Bludgers? Welfare rorts anger both administrators and the general public, yet everyone knows no one can survive on welfare payments alone. In Britain, departments are trained to work as detectives spotting those exploiting the system. In this program we follow one of these investigations. In South America the informal cash economy and the dollar traders are flourishing. In Australia mothers serve prison sentences for feeding their children the only way they know.

Who Gives a Buck? Survival is the only incentive for those who are welfare dependent. The program asks the questions...If you motivate the rich by giving them more money, why would you motivate the poor by giving them less? And, how we can lift people out of the poverty trap? Are work and retraining programs just a punishment for being poor?...After 10 years the Brotherhood of Saint Laurence evaluates the family centre project where a sample of families have been sustained on a regular minimum income, as Henderson recommended. This is the only scheme that has not yet been tried on a national scale. 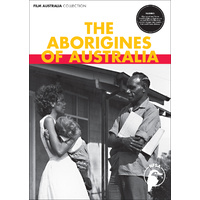 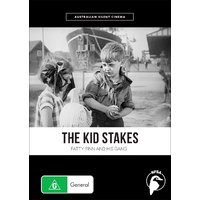