Exploring the relationship between Aboriginal people and their land (including the Dreaming, sacred places), this film was inspired by Silas Roberts’ submission to the 1976 Australian Government inquiry on uranium mining - the Ranger Uranium Environmental Inquiry.

Silas, whose tribal name is Ngourladi, is an elder of the Allawa clan and was the first chairman of the Northern Land Council, established to assist Aboriginal people make land rights claims based on traditional ownership.

The film, which moves from Arnhem Land in the north to Yuendumu in the centre, examines the importance of maintaining Aboriginal culture and laws and explains the reasons why they object to the mining being carried out.

Produced by Film Australia for the Commonwealth Department of Aboriginal Affairs. © 2011 National Film and Sound Archive of Australia. Mabo - Life of an Island Man 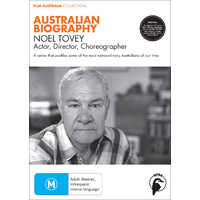