A character-driven series that explores themes of vanity, responsibility, dependence, pride, obsession, love and death through our relationship to the car. In Australia there is a car for nearly every man, woman and child, causing traffic congestion, accidents and environmental nightmares. No one is immune to the pleasures and dangers of the car. Everyone has an auto story to tell.

Affairs of the Heart For some the motor car is a functional and practical machine -  for others it is almost human. Dennis worships Marilyn, his 1975 Monaro, a car he has owned and showered with affection since it was new. As he is fond of saying, there’s nothing like the sound of a good Aussie V8! However, the “other woman” in Dennis’s life, his wife Rhonda, feels she has been relegated to second place and wants her mechanical rival sold to finance other priorities - like a romantic overseas holiday. Forced to choose between the two, Dennis reluctantly agrees to sell Marilyn. Meanwhile, down at Melbourne’s Cheapest Cars, Tegan, Greg and others seek out the car of their dreams. The yard is full objects of desire of every conceivable size, shape and colour at prices that seem tantalisingly affordable. Will Dennis’s heart be broken? Will Tegan and her friends find true love in the car yard?

Wrong Way Go Back With one car on our roads for nearly every man, woman and child in this country, solving traffic problems is a never-ending nightmare. Yet it’s just another day at work for the road crews and traffic controllers who monitor Melbourne’s roads via a vast system of cameras. Together they deal with one emergency after another in a vain attempt to keep the freeways flowing. Meanwhile, at Knox City Council a debate rages. Will the council recommend to State Government that further extensions to the current freeway system should cut through the suburb? But at what cost to the environment? Engineers and environmentalists compete to shape the transport options. But who will council support? The outcome surprises everyone.

Til Death Do Us Part Most Australians learn to drive during adolescence, the ritual of obtaining a licence marking our entry into adulthood. Yet it is also a time of much risk taking. Nat and Travis are two young men high on the thrill of fast driving, but for Richard Loury, speed nearly took his life and left him brain damaged. While Richard struggles to piece his life back together, the grim facts of life and death in the fast lane are vividly brought home to Nat and Travis during a defensive driving course.

A Little Inconvenience Accidents will happen. But we are never quite prepared for the moment that leaves us standing on the roadside watching helplessly as our car disappears down the street on the back of a tow truck. Nor are we always ready for the myriad arrangements, disputes, aggravations and disappointments that become necessary to get our car back on the road. Such are the stories of three hapless and embattled motorists who experience more than a little inconvenience when they come face to face with the denizens of the car crash industry – the towies, the panel beaters and the insurance assessors. 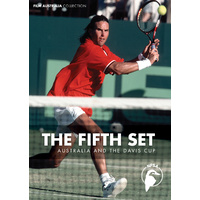