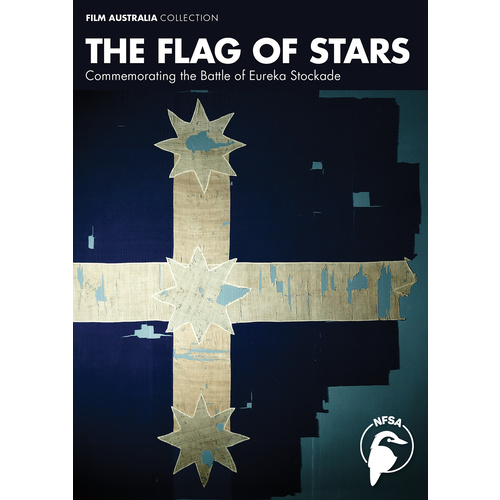 The battle of Eureka Stockade was an event of great significance in Australian history, in which gold miners from around the world rebelled against an unfair Miners' Tax and the way in which it was administered by the colonial government.

In 1973, to commemorate its 119th anniversary, the original Eureka flag was unveiled by the Prime Minister Gough Whitlam at the Ballarat Fine Art Gallery in Victoria. In his speech Mr Whitlam identified the Eureka Stockade with the birth of democracy in Australia and Immigration minister Al Grassby read verses by the people's poet Henry Lawson in honour of the occasion.

Made by Film Australia for the Department of Immigration. © 2011 National Film and Sound Archive of Australia.