Muddy Waters - Life and Death on the Great Barrier Reef

The Great Barrier Reef is dying - can anything be done to save it?

By 2030, half of the Great Barrier Reef may be gone. Parts of it are already dying, but the reasons have not always been clear. Global warming and outbreaks of crown-of-thorns starfish have put extraordinary pressure on the reef. Now scientists have identified another threat - sediments, fertilisers and pesticides from agricultural run-off.

The reefs most at risk lie along Australia’s northeastern coast between Cairns and Townsville. This is the heart of the wet tropics where high rainfall regularly causes rivers like the Tully to flood, sending huge plumes of mud and chemicals into the sea. In their natural state, native wetlands filter the rain and silt but more than sixty per cent has been cleared and drained for sugarcane.

Sugarcane farmers, suffering bad seasons and low prices, are reeling at the prospect that their land management practices may be part of the problem. Some locals are trying to bring all the parties together to develop a workable solution, but leading the way can be hard work.

Muddy Waters journeys to the plantations of north Queensland and into an underwater world to find out what’s killing the reef and what can be done to save it. It’s the story of a small community facing the challenges of responsibility and change. This time, what’s at stake is one of the world’s greatest natural treasures. 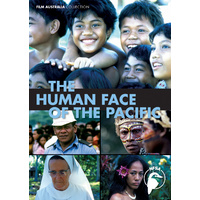 Things We Want to Keep, The