A behind-the-scenes look at the Victorian Football League team, North Melbourne, and the preparation and physical build-up that goes into getting a team ready for the premier Australian Rules football competition.

Ron Barassi, from North Melbourne, is shown in his role as a leading VFL coach and we follow the team through its early training sessions to the opening match of the season. The film highlights some of the spectacular action from the North Melbourne-Carlton challenge of 1979. 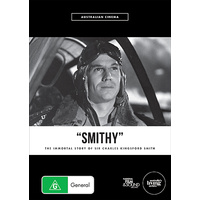