In his fight to make abortion accessible, affordable and safe, Dr Bertram Wainer risked his life to uncover a web of corruption involving abortionists, politicians and police.

In 1967 a young woman came to Dr Bertram Wainer's Melbourne surgery seeking emergency medical attention after a backyard abortion. She was desperately ill yet too afraid to go to hospital.
For Wainer this was the start of a long, hard campaign to overturn laws that made abortion an offence punishable by up to 15 years in jail and forced women to turn to unskilled operators.
In the process, Wainer uncovered a web of corruption involving highly paid doctors, backyard abortionists, high-ranking police officers and power-broking politicians. It started out as a story of secret love affairs, crooked deals and double-crosses and rapidly became a desperate game of cat-and-mouse played out in clandestine meetings and phone-tapping sessions.
Faced by a government that refused to address the problem, Wainer decided to put abortion law to the test himself, forcing the issue into the headlines. This would lead to attempts against his life and those of his supporters, until eventually public pressure forced the government to announce the first major public inquiry into a state police force.
But the threat to women’s health remained, so in 1972 Dr Wainer decided to establish Australia’s first public abortion clinic. After years of struggle, abortion in Victoria was finally accessible, affordable and safe.
Thirty years later, the law remains unchanged. 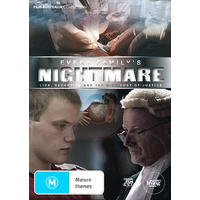