It follows patrol officers and police based in Ambunti and outposts like May River, as they work along the mighty Sepik River, investigating tribal fighting, murders and occasional cannibalism, speaking of the government and laying down the foundations of law and order to the villagers who eke out a living on its banks and swamplands. The Sepik River runs for 700 miles and its tributary streams spread like fingers across the land.

The film travels to the Gazelle Peninsula of New Britain to talk to the Tolai people who have overcome a reluctance to grow cocoa on fertile land, because traditional law prohibited farming there. It also tells the story of Papuan Doctor Wilfred Moi who works in the first local council-operated rural health centre in New Guinea, at Tapipipi, and the initial difficulties he and his family experienced being accepted by his Tolai patients.

Finally the film turns to the Highlands region, where history is being telescoped. Here the normal processes of development are succeeding each other with dramatic rapidity, Farmers are eager to learn new ways of producing food for an international market. And the schools are turning out professionals such as school teachers and medical orderlies within one generation. The film focuses on Asaro Valley coffee grower and poultry farmer John Akunai, who is a member of the newly formed Highland Farmers and Settlers Association in Goroka and is also a Member of the Territory’s Legislative Council.

In few other places in the world are the past and present merging so successfully. By Many Paths illustrates this process perfectly. 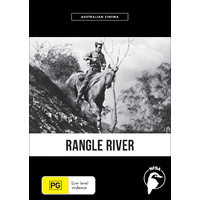