A bushfire threatens the community of Snake Gully.

Dave and Mabel get engaged. 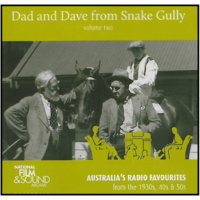