This film from award-winning animator Lee Whitmore is based on a true story from her childhood in 1950s Australia.

It’s the summer of 1954 and seven-year-old Lee Whitmore and her friends are drifting through the holidays, exploring their quiet suburban neighbourhood where nothing ever seems to happen...until the day mysterious strangers move in with the old lady next door. No one explains the odd comings and goings, the big black cars, the men in suits and hats, the overheard snippets of conversation. But that doesn’t stop the children from imagining. Lee makes sense of what she can, aided by half-understood scraps of radio news and blurry photographs on the front pages of the newspaper. Only many years later does she learn that the strangers were Russian defectors in hiding from the KGB and in fear for their lives.

The Safe House is a half-hour animation based on a true story—a young girl’s perspective of one of the most talked about moments in Australia’s history—the real-life spy drama known as the Petrov Affair. The film effortlessly evokes memories of childhood and a sense of a time passed as award-winning animator Lee Whitmore highlights the fragility of the safe little world she lived in—as innocent of the larger world as Australia itself seemed half a century ago. 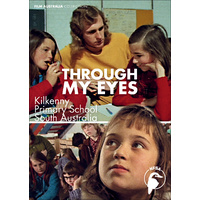