Every era has its new diseases. AIDS is not the first and it won’t be the last. Our history and destiny are shaped by our diseases. Filmed in the UK, USA, Europe, Australia and Asia, Plagued is a 4 part series which investigates the relationship between history, destiny and disease. Conceived, written and narrated by award-winning medical broadcaster Dr Norman Swan, this series examines the meaning of health and disease; explores the complex influences on the wellbeing of humanity; shows how disease has changed the course of history; how it could do so again and puts the role of medicine into a much broader and far more controversial perspective.

Origins of Disease, The Filmed in the USA, Korea, Hungary, India and Australia, this episode uses case studies to look at the question of how new diseases arise and why they do or don’t spread. It finds that some are not diseases at all and are made worse by factors such as medical jargon and management style.

Epidemics Filmed in the UK, Australia and the USA, Prague and Italy, this episode takes up the theme that, ironically, epidemics are the results of so-called progress and that despite medical technology, we are still vulnerable to old and new diseases that can change the course of history. For instance, in 1980 a woman in Lake Tahoe, California, died of pneumonic plague. She ran a creche that looked after 150 children. Her cat had caught the disease from a chipmunk and passed it on to her. Plague has been endemic in the wild rodents found around Lake Tahoe since the beginning of the century.

Invisible Armies Filmed in the UK, Australia, Iceland, Hawaii and the USA, this episode looks at the interaction between our immune system and history, by drawing the map of the world according to disease history

Will We Ever Learn? Filmed in the USA, Italy, Australia and the UK, this episode draws together the themes and ideas from the whole series to show that, tragically, we do not learn from history, so that old diseases re-emerge while new diseases arise. For instance, in New York,  250 babies are born each year with congenital syphilis, a disease which we thought had disappeared long ago. Yet it is found in one of the wealthiest countries in the world with the most advanced medical science. 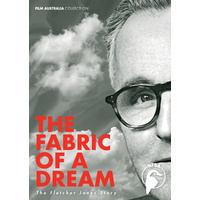