Change The World in 5 Minutes was a cross-platform initiative to explore how individual and community action can make a difference in simple, achievable ways.

Inspired by the book, Change The World For Ten Bucks, published by We Are What We Do, the nine projects A Recipe for Change, youCan2, Everyday at School, The Thank Tank, With Every Drop, Sam and Marni, Surround Sound, Hot Up a Shopping Trolley and Supervalue range from animation to documentary, drama, music and promotional campaigns, each with a unique take on how people can change their personal, local, or wider world for the better.

Recipe For Change, A (5 mins) How an ordinary Sydney woman changed her world through baking. Many of us want to alleviate suffering in the world but feel powerless to make a difference. There’s one regular at Share the Meal at Sydney’s St Vincents church every Friday and that’s Di Carr’s chocolate cake. For the past four years Di has made a cake every week for the homeless and marginalised who join in Share a Meal, and she plans to do so for the rest of her life, bring joy and affection to her local community.

youCan2 (3 mins) Two young siblings plot to change the energy habits of their parents. In a humorous and slightly anarchistic way Madison and Mitchell demonstrate in five promotional campaigns that small changes can make a big difference to the environment. All over Australia, suburb by suburb, family by family, Australians are making positive changes to shape a better future. As Madison and Mitchell say, ‘if we can do it, you can too’.

Every Day at School (3 mins) Can a bunch of school kids really change the world in five minutes a day? This class of primary school kids demonstrate over the course of a week that it only takes five minutes a day to make a positive impact—from recycling to planting fruit and veg and telling jokes.

Surround Sound (5 mins) Ruth and Harold have had enough of leaf-blowers and other polluting garden tools, so they take matters into their own hands. Working at home in a “quiet” suburb, aspiring scriptwriter Harold can’t get anywhere because he’s driven to distraction by the cacophony of sound made by leaf-blowers and whipper-snippers. He dreams about violently eliminating their owners but instead his mother diverts his anger into a peaceful protest. She buys a stack of brooms and hands them out to real-life leaf-blower owners. What are their reactions?

Hot Up A Shopping Trolley (2 mins) A grandma’s daggy 1970s shopping trolley is transformed into a vehicle of self-expression, with the added benefits of getting people walking, shopping locally and using fewer disposable shopping bags. The mixed media style of animation emphasises the use and re-use of materials. These transformed trolleys are guaranteed to be conversation-starters on your journey to the shops or market!

Thank Tank, The (5 mins) A simple thank you can go a long way, so who would you thank? The Thank Tank is a collection of nine personal thank yous from prominent Australians such as fashion designer Akira Isogawa and Sydney Lord Mayor Clover Moore. Find out who they thank and be inspired to add your own thanks through the Thank Tank website.

With Every Drop (5 mins) In Sydney's drought thirsty suburbs, one water-conscious grandmother draws on her Lebanese upbringing to teach her family the value of every single drop. Eighty-seven year old Salma knows a thing or two about water conservation from her childhood in the Lebanese village of Jezzine, where she learnt ‘the most important part of washing is the wringing’, Selma has squeezed the most out of every single drop. She instilled in her own children such a value for recycling that one of her sons, a mechanical engineer, has invented a new way to control fluid that not only saves 80 per cent of water but could also revolutionise the way we turn on a tap.

Sam and Marni (5 mins) Spending time with people from different generations can be a rewarding experience. As Sam and Marni prepare a meal, we see how two people with a 60 year age difference can enjoy each other's company and grow from the experience, sharing memories and stories from the past and present.

Supervalue (5 mins) Do you know how much energy it takes to prepare your dinner? You may think eating fish fingers is as easy as popping them under the grill, but just how much energy was involved in their manufacture? Supervalue begins with ocean fishing and follows the process through transport, manufacturing, assembly, refrigeration, transport, storage in supermarket, purchase, refrigeration, cooking and then finally to its decomposition. What is the true energy cost of this item? 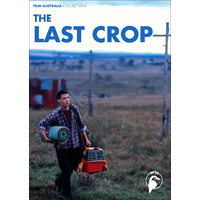